By Simon Harper
| about 1 year ago
UKInspireJourneysBeautiful journeys

On this journey you can experience remarkable sights before you have even stepped on to the train, as the journey commences at magnificent Paddington station.

If you want to head off from London on a magnificently scenic journey by direct express train, you have three routes to choose from, this route and the the two classic routes to Scotland; Euston to Glasgow and Kings Cross to Edinburgh.

However, the first couple of hours on both of those journeys to the north aren't particularly thrilling, the route to Edinburgh only has a wow factor north of York and you have to get passed Preston on the route to Glasgow.

But on this journey which heads west instead of north, it takes less than 45 mins before your experiencing the rolling English countryside at its best.

Because that's how long it takes the train to travel as far as Newbury and between there and Pewsey, for more than 15 minutes this railway line shares a valley with the Kennet & Avon canal. 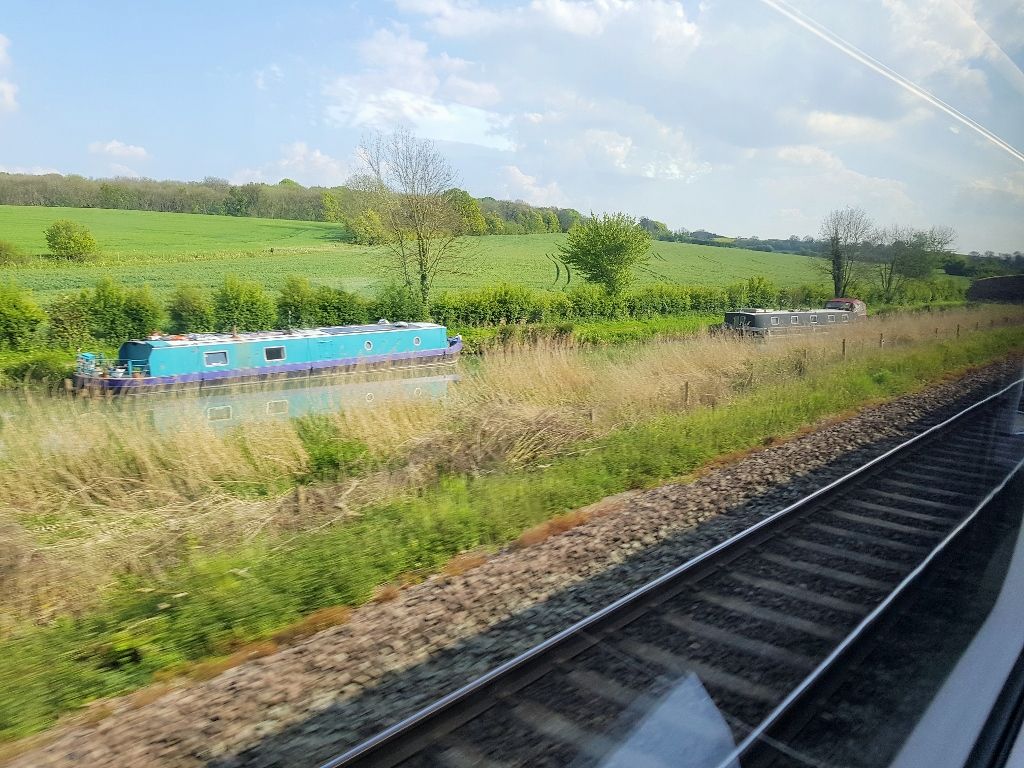 The railway crosses the canal in several locations, so the picturesque canal boats and locks can be seen from both sides of the train.

Then between Frome and Taunton the railway passes through the farmland of Somerset countryside, with distant views of the Somerset hills on both sides of the railway line. 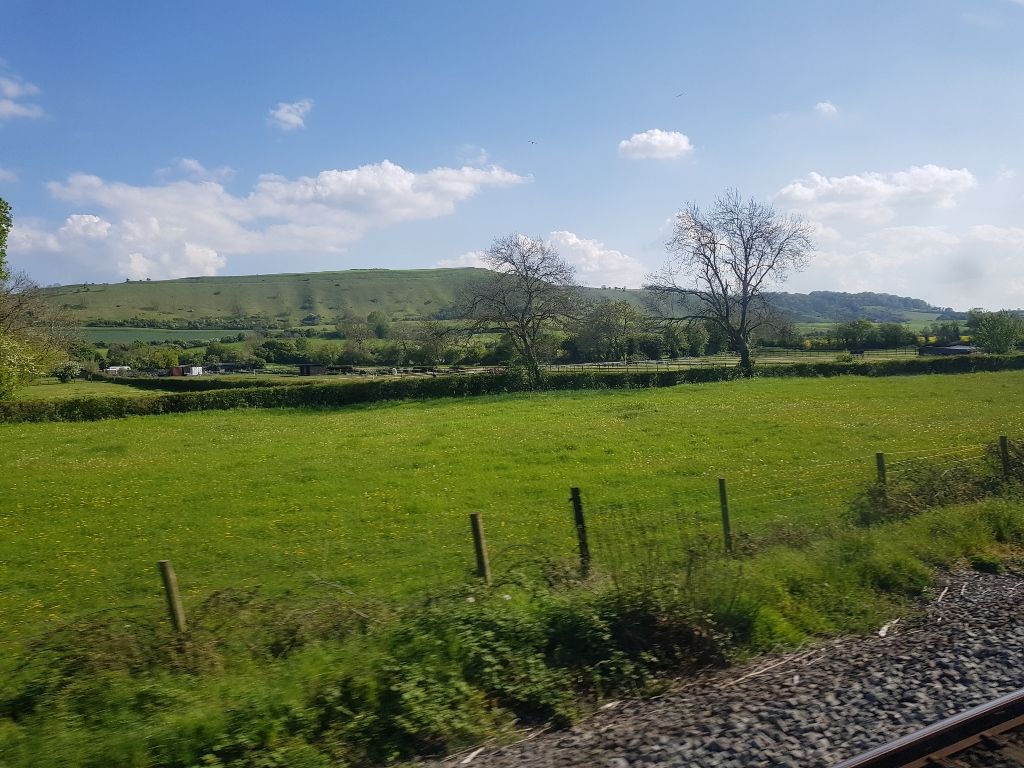 After Exeter, through Devon and on into Cornwall the journey is a series of fabulous moments.

Soon after departing from Exeter St Davids station, the railway line is beside the picturesque estuary of the River Exe - though as can be seen, the weather wasn't at its kindest when ShowMeTheJourney last came this way. 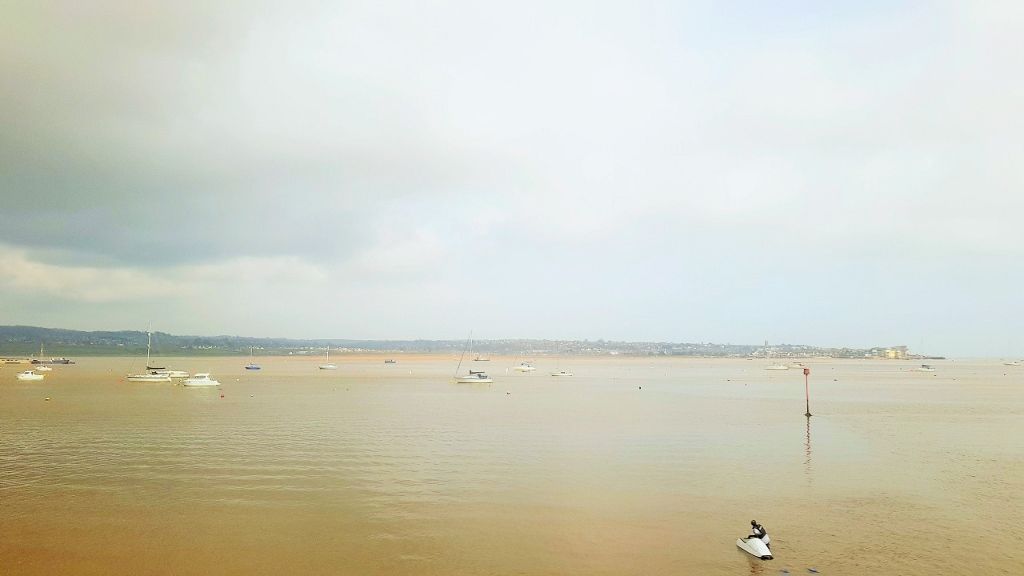 When facing the direction of travel the views across the river can be seen from the left when heading west, so are on the right when heading east; and these sides of the train also have the best views for this most spectacular part of the journey onwards from here between Exeter and Penzance.

Around 10 minutes after departing from Exeter the railway makes its infamous passage along the sea wall through Dawlish and Teignmouth. 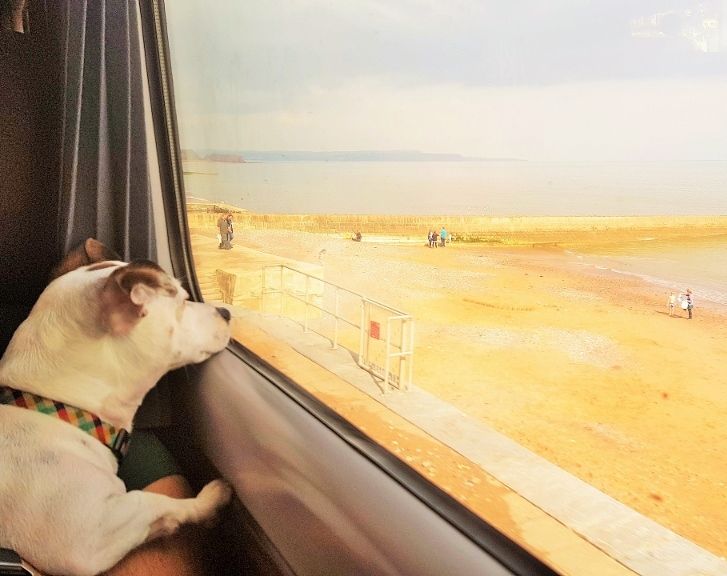 Then for around five minutes the railway hugs the foot of the cliffs, but the most dramatic views are possible looking forwards and backwards - which makes it tricky to take photos.
The combination of the light, cloud cover and smoked glass of the train windows have given these images a somewhat orange glow. 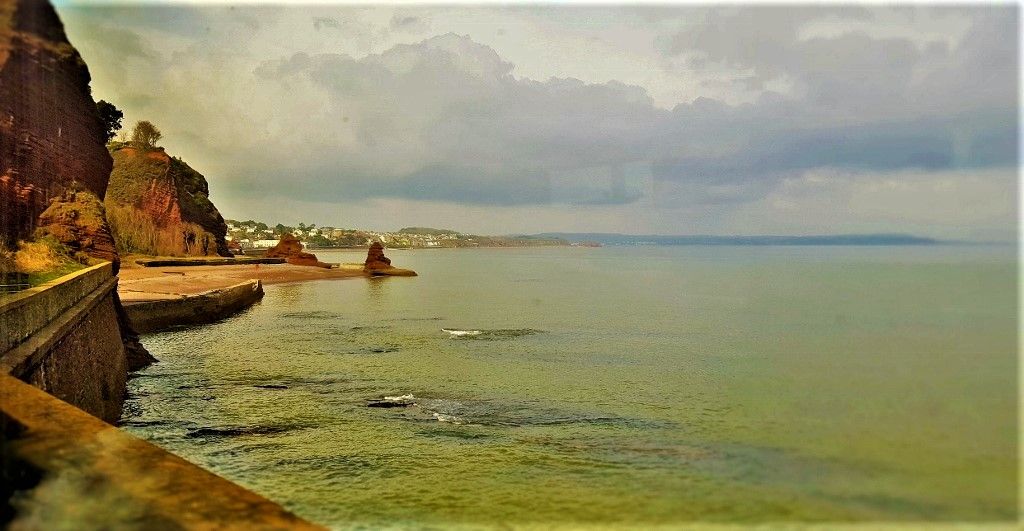 The fabulous vista continues as the train turns away from the coast to run along the banks of The River Teign into Newton Abbot.
This part of the journey tends to be overlooked as the railway isn't beside the coast, but I actually prefer these views, because when looking directly out of the window, there is something to look at other than the sea. 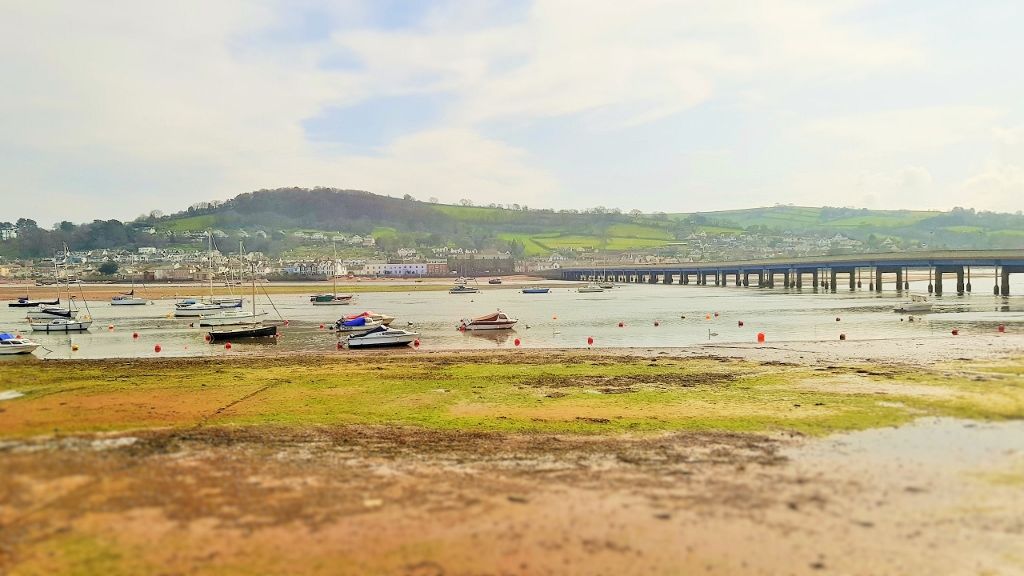 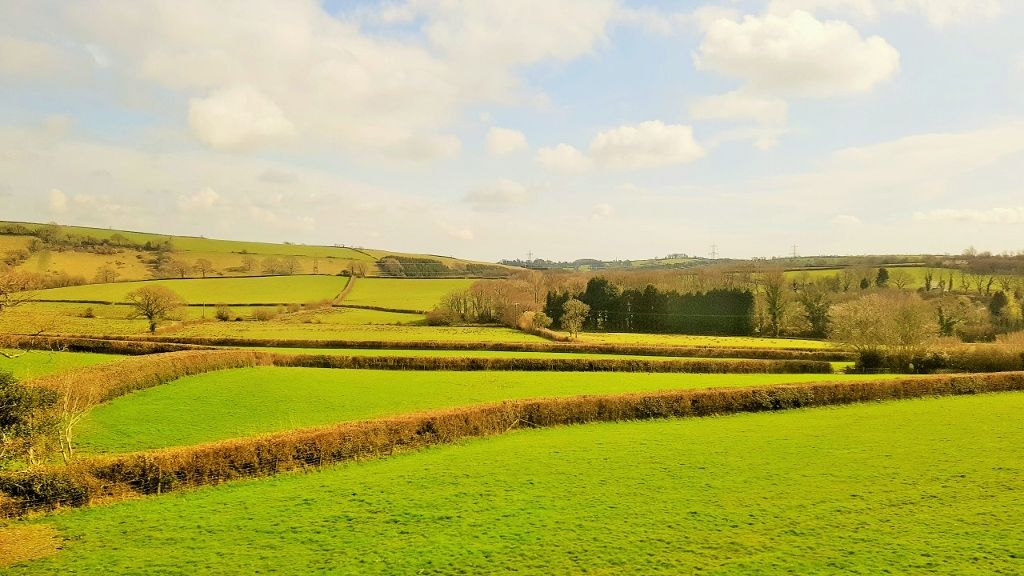 The railway line then twists and turns through the hills of South Devon its way to Plymouth; this is the part of the journey that admirers of the rolling English countryside will particularly appreciate.

After the train departs Plymouth and travels through the city, there was the surprise of seeing one of the best townscapes that can be seen from a train in Britain. 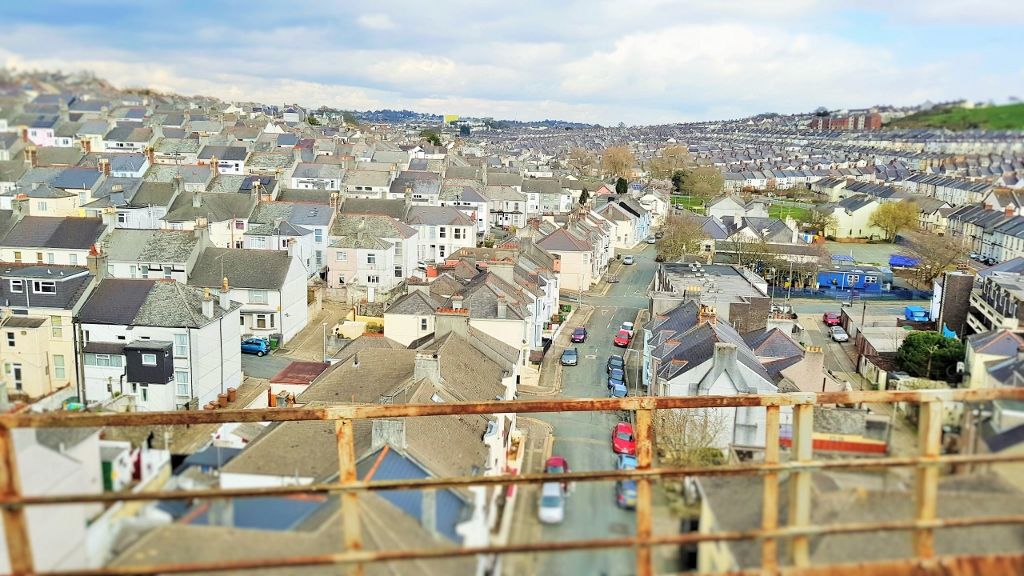 The next highlight of the journey is the crossing of The River Tamar , which is the boundary between Devon and Cornwall, over The Royal Albert Bridge, one of the iconic engineer, Isambard Kingdom Brunel's greatest achievements. 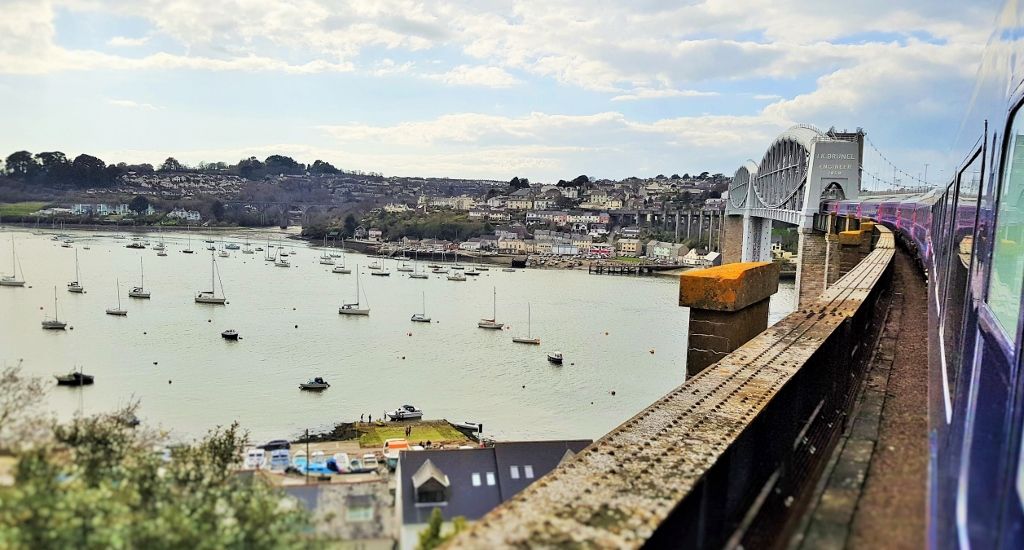 Note that the train that was being taken when making this trip just a year ago, has now been replaced on this route by new IET trains. 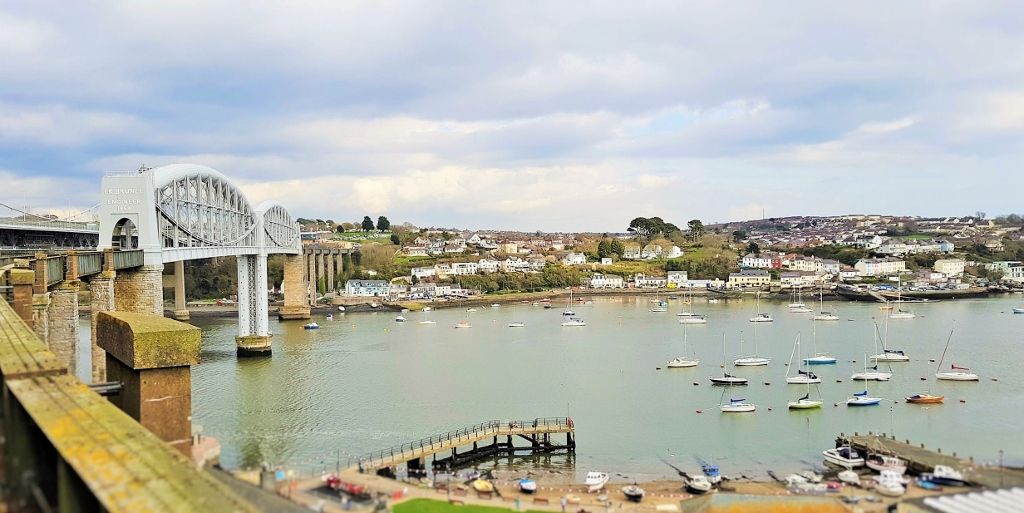 Between Saltash and St. Germains there are beautiful river bank views, as the train runs along the River Tamar for a short while and then crosses the River Tiddy. 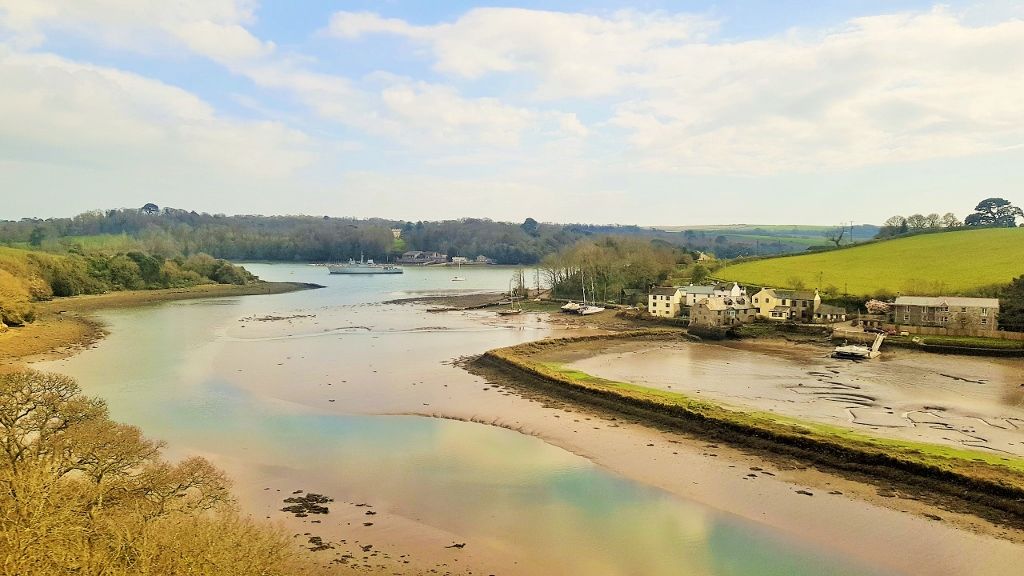 As the train travels across Cornwall it keeps away from the sea, but the railway has to cross a plethora of viaducts in order to negotiate the rugged landscape, this is the view near Liskeard looking down on to the charming Looe Valley railway line. 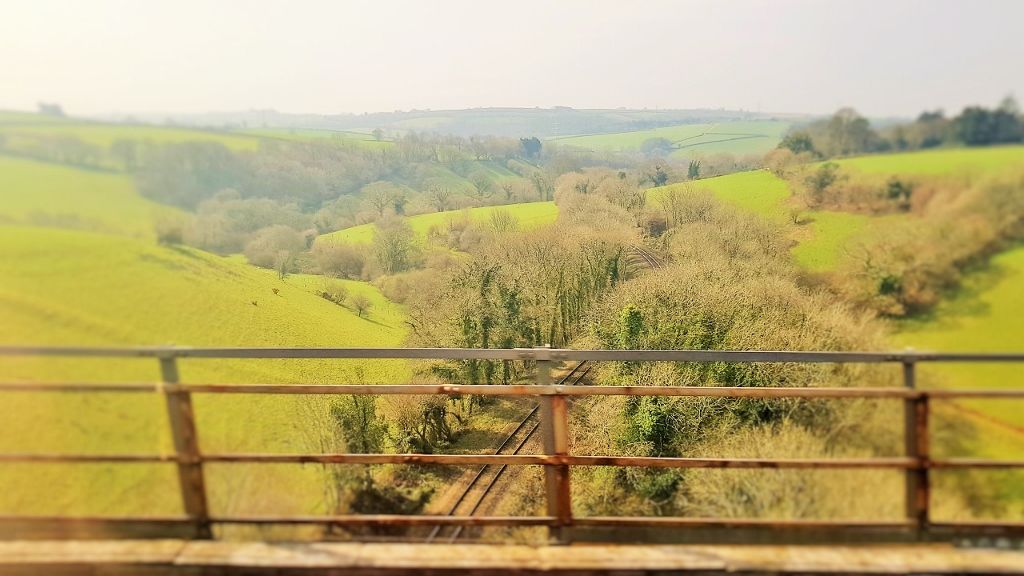 One of the viaducts the train crosses takes it over the city of Truro and on the left when heading west, there are fabulous views down to its cathedral. 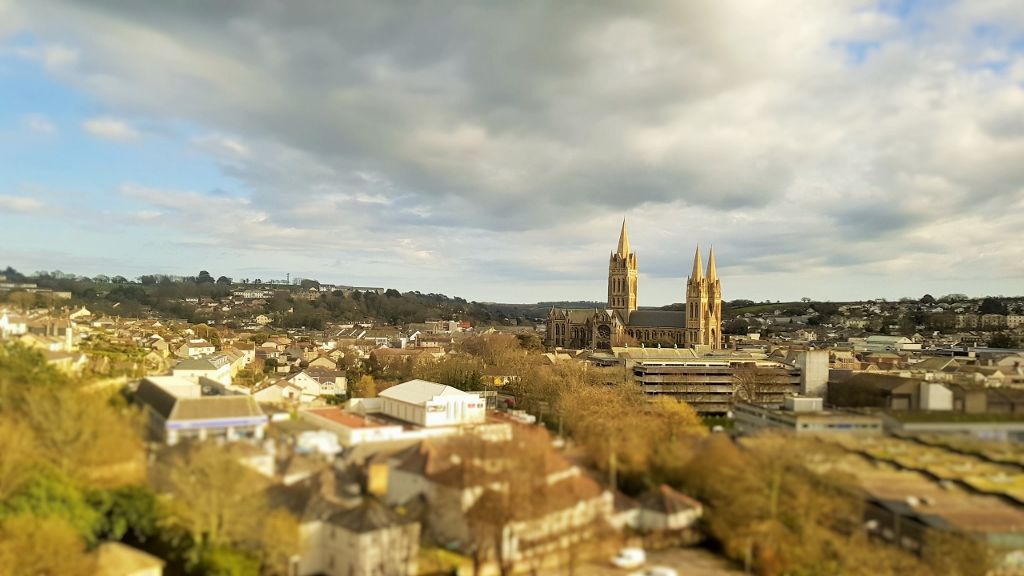 All of the images above apart from view over Plymouth, were taken from the left of the train when facing the direction of travel from London TO Penzance; this is definitely the side of the train to be sat on when heading west.

However, this view below was on the right as the train departed Hayle, on a clearer day you can see the coast in the distance from here. 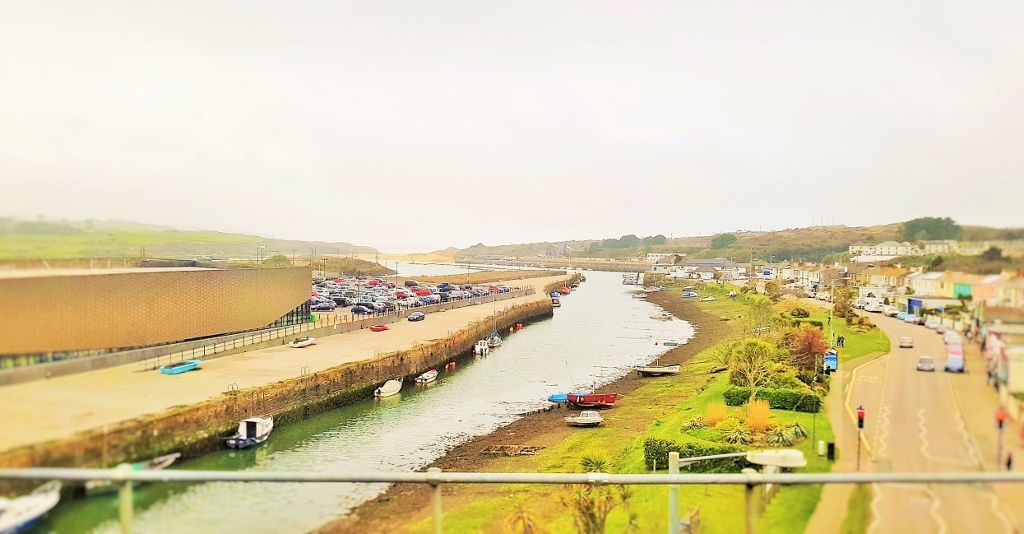 Journey's end at Penzance station with St Michael's Mount in the distance; you'll have to be luckier than were to take a better picture of it from the train - this was the best of ShowMeTheJourney's six attempts at capturing its beauty! 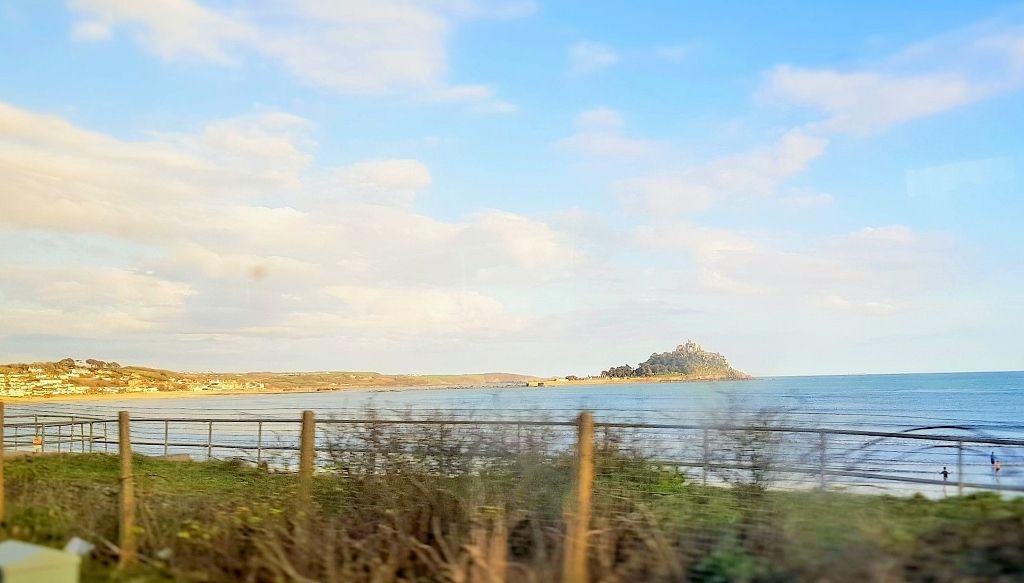 click on the journeys listed below to discover why they are so fabulous:
​​​